Sustainability is For the Birds 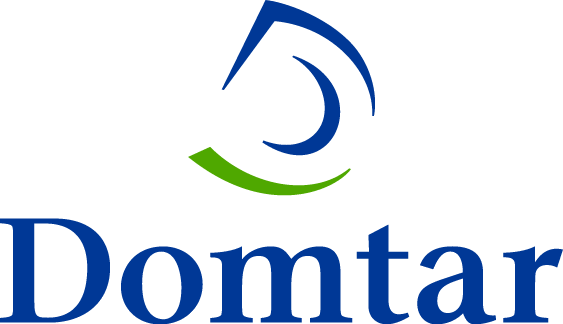 Usually the term “for the birds”, is used to describe something as unimportant, worthless or not to be taken seriously.

However, at Domtar, a longtime sustainability leader within the pulp and paper industry, the term takes on an entirely different meaning.  That’s because a surprising number of our efforts to improve forest health and species biodiversity actually end up having positive effects on our feathered friends.

As the largest integrated manufacturer of uncoated freesheet paper in North America, Domtar engages in numerous initiatives to ensure that we leave the forests that we depend on better off for the long term. That’s why we apply our Sustainable Forestry Principles across the ecosystems surrounding our mills, including the natural habitat in our forests and local mills. These forestry principles govern our wood fiber procurement strategy by requiring transparency, collaboration and accountability in all of our transactions.

They include efforts to:

Of these principles, two in particular – Conserving Natural Forests and Biodiversity and Safeguarding Endangered Forests & Wildlife – are where you find many examples dealing with the sustainability of bird populations.

Domtar’s Nekoosa, Wisconsin mill has been helping to protect and increase the local bald eagle population for over 30 years.

Collaboration with the Wisconsin Department of Natural Resources (WDNR) has resulted in efforts to protect these iconic birds on mill property.  In fact, responsible forestry practices around the facility is enabling two, young bald eagles to build their nest along the nearby Wisconsin River, helping boost the state’s bald eagle population and the results have been amazing.

In 1974, bald eagle numbers in Wisconsin were dismal, with only 107 active nests found within the state. In 2016, the number of active nests increased to 1,504, according to surveys by the WDNR.

When the National Wild Turkey Federation(NWTF) was founded in 1973, only 1.5 million wild turkeys were living in North America. Today, that number is nearly 7 million. Part of the success in this rebound due to forest management practices that improve the natural habitat needed for the species to thrive, such as the thinning of tree stands to create open areas. 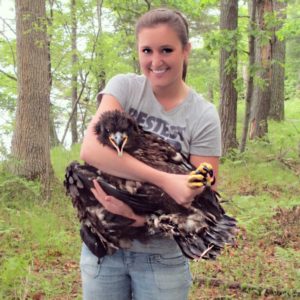 Speaking of turkey, Domtar’s efforts to boost wild turkey numbers aren’t limited to just one of its facilities. The company’s Marlboro mill in Bennettsville, South Carolina, is also in on the act.  The mill developed a wildlife management plan to increase the diversity of plant species and improve the natural habitat quality for wild turkeys, whitetail deer and wood ducks on the site’s 1,800-acres.

The plan has produced significant results; for example, improved habitat quality and biodiversity have led to an uptick in the wild turkey populations.  So much so, in fact, that a wild turkey crossing sign was set up on mill property to draw motorists’ attention to the frequent sightings of the birds.

Providing a Home for Ospreys

Looking for a new home is all about location — even when you’re an osprey.

Domtar’s Rothschild, Wisconsin mill recently helped relocate nesting ospreys to a better neighborhood. Along with the Wisconsin Department of Natural Resources (WDNR), the facility helped provide a safe home to a pair of these once-endangered birds, which originally chose a construction crane on the property to build their nest!  The new home, much safer to due to its location on a specially-built nesting platform on mill.

All of these examples that benefit North American bird populations are a result of Domtar’s broader efforts to conserve natural forests and biodiversity, a key component of the company’s Sustainable Forestry Principles.

About the Author – Paige Goff

Paige is the Vice President of Sustainability at Domtar, responsible for communicating Domtar’s key sustainability and business initiatives to all stakeholders. Paige joined Domtar in 2004 with 19 years of experience in the forest products industry on her portfolio. Since arriving at Domtar, Paige has been responsible for developing and leading partnerships with NGO’s, developing advocacy and education campaigns and implementing community engagement efforts on behalf of Domtar.

It brings moments, ideas and dreams to life, capturing them in a vibrant and tactile way.  Our paper gives shape, provides security, stakes a claim and always has a story to tell.  As master makers and purveyors of fine uncoated communication and specialty papers, colaboration and discover in all things paper is the sould of what we do.  Domtar Paper is proud to play an important rol in all the ways paper is part of creating everyday connections.

2022 Charity of the Month Review

The Open Door | MN Wild Charity of the Month